EKO-SYSTEM, a developer, investor and general contractor built the eleven story building in Bialystok that featured thousands of square meters of balcony space.

In the past, EKO-SYSTEM has had difficulties finding the right waterproofing systems for terrace and balcony applications. Last year, SOPREMA presented the Alsan® system solution during the renovation of a terrace in the home of EKO-SYSTEM’s chairman.

The Alsan® system impressed and was approved for use on the balconies of its new building in Bialystok. Alsan® 500 was used with an anti-slip layer made of coarse sand and an Alsan® 500F grey resin finish layer. In large part to the versatility of the Alsan® system, the developer has allowed residents to lay tile upon the waterproofing system if they wish. 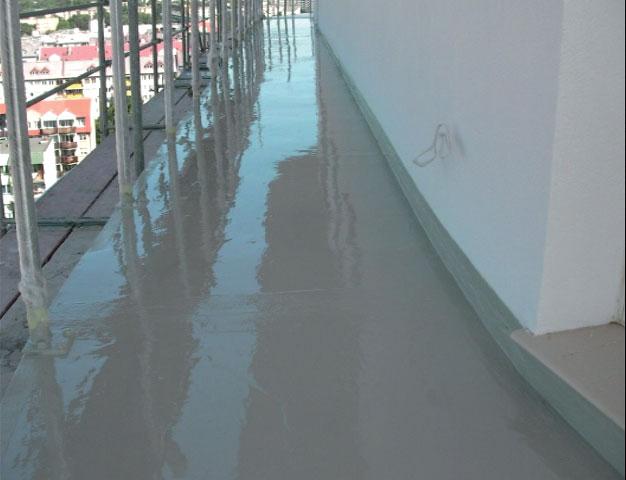 Due to the use of a new system, Mr. Bogdan Wronski, a very experienced member of the SOPREMA team, went on-site to educate the applicators and technical teams in the use of the Alsan® system. He stayed on-site through the beginning of the project and supervised the installation of the first balconies. To date, Apartamenty Wiejska is the largest project completed in Poland using the Alsan® 500F system with over 2500 m2 of surface.